Can You Recycle That Battery Safely? Can Anyone? Businesses are often concerned with taking in the latest and greatest technologies, but it seems that less attention is paid to how these technologies are disposed of when the time comes to replace them. Is there a proper way to handle electronics that have outlived their use, and how has our prioritization of upgrade schedules and smaller form factors impacted these processes?

As you might imagine, there isn’t a single set way to properly handle all electronic waste, as it is known. Furthermore, certain devices that you may not consider to be e-waste should not be thrown out

There are many materials commonly found in electronics that are relatively safe - including zinc, aluminum, copper, and gold - meaning that it only makes sense to recycle them. However, these materials are often incorporated with hazardous materials, such as sulfur, mercury, and beryllium oxide, as well as cadmium, chromium, and lead. What’s worse, the containment measures that these devices are typically constructed with are frequently compromised during the disposal process.

This is why there are a variety of common electronic devices that should not be thrown out like any trash would be. This ranges from common kitchen appliances, like toasters, blenders, coffee makers, and microwave ovens, to computer monitors and televisions that utilize cathode ray tubes (CRTs), to various other electronics that can easily be found around the average home or office. In fact, in many states in the US, it is illegal to throw electronics in the trash.

However, with how our electronics are now built, even recycling them isn’t completely safe - at least, not for the people tasked with disassembling them.

The Return of the Samsung Note 7’s Fatal Flaw

The Note 7 was notorious for its tendency to suddenly combust, due to the lithium-ion batteries that power them. These batteries would short-circuit and explode. While the phones were quickly pulled from shelves, the rechargeable batteries are still used in a variety of products. These products are often the ones that are recycled, which means they are sent to processing businesses to be disassembled by hand.

The employees at these recycling plants are often equipped with heavy gloves, tongs, and fire containment bins… just in case one of these batteries should rupture as a device is taken apart.

These fires aren’t just contained to the workstations of the employees, either. While there isn’t any official data to connect these batteries to overlying issues, the anecdotal evidence paints a telling picture: in the time since the spring of 2018 alone, batteries were the suspected cause of recycling fires in:

These issues aren’t just occurring in recycling centers, either… Apple stores in Switzerland, Spain, and the Netherlands had battery fires in 2018.

Devices themselves have also begun to contribute to the problem, in that smaller devices can be harder to identify in a big pile of waste and are quite hard to take apart. Apple’s AirPods effectively can’t be recycled by these companies, because their three batteries are encased in plastic.

So, when you’re adding a device to your professional or personal Wishlist, consider what will happen to it when the next big advancement in technology comes out, and how easily it can safely and responsibly be disposed of.

Microtechs can help you with the devices that are in your office now. We have the skill and know-how to make sure your data is safe, and that you’re disposing of your old devices in a responsible manner. Call us at (415) 246-0101 to learn more.

Facebook Twitter LinkedIn
Tags:
Going Green Recycling Batteries
Checking In on Some More Data Breaches
Tip of the Week: Getting the Most Out of Your POS ...

More posts from author
Monday, January 27 2020 How a Firewall Helps Protect Your Systems
Friday, January 24 2020 How a Password Manager Helps Your Security
Wednesday, January 22 2020 Tip of the Week: Restore Your Android Apps 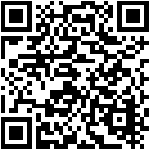