After the net neutrality laws were repealed in 2018, many people were afraid of what that would mean for their wallets. As huge telecommunications corporations gained control over the Internet, many Americans were left supposing that they were going to be facing higher bills and slower speeds. How has this materialized in the 11 months since net neutrality was repealed?

In America, people are never happy with their Internet service. Either it is too slow, too expensive, too many outages, whatever… Now, this may seem like it’s just an example of Americans being more particular about what they pay for, but in actuality, it’s a major issue that a lot of corporate-supported advocates for the repeal of the net neutrality laws were citing as a major issue to why government control is a problem for consumers. Today, we’ll take a look at Internet speeds, Internet prices, and what to expect from service providers as they enter their first full year of control over their product in nearly half a decade.

What the Critics Said

When the repeal went through, there were a lot of people that had the steadfast belief that the already high costs of acquiring broadband Internet access were going to rise significantly. After all, the predominant objection the pro-repeal lobby was making--that by classifying Internet delivery as a utility was stymieing infrastructure investment--in theory, was controlling costs. When the ISPs gained control over Internet delivery many people suggested that a surge in infrastructure spending would almost certainly be passed onto consumers.

This, of course, hasn’t happened. In fact, none of it has. Since there has been ongoing net neutrality litigation happening at the state level (and since it’s picked back up at the federal level), ISPs have actually decreased their levels of infrastructure spending, completely confounding officials and analysts. This relative inaction has kept these professionals from being able to predict how the entire situation will shake out, resulting in relative silence. Try searching “how has the repeal of net neutrality affected consumers”. There hadn’t been much written about it by any news service or magazine in almost a year... until recently.

Since the repeal, 22 states have filed suit contending that the FCC overstepped their mandate by preempting state authority over the matter. A number of states, including California and New York, have enacted their own net neutrality laws, causing an immediate stir in Washington. Currently, there is legislation pending that looks to overturn the repeal and reenact Neutrality laws. With no end in sight politically, this issue may languish in the courts and in the legislature for quite a while.

From a business owner’s perspective, seemingly not much has changed. They are still paying a fair amount more for Internet than they would in most countries. Some suggest that the obvious collusion between supposed competitors is one reason why American businesses pay so much more for Internet than other nations, while others suggest that the amount of infrastructure needed to provide the Internet speeds demanded by today’s businesses and consumers is the reason. Whatever the reason, the U.S. suffers from Internet speeds that are among the worst in the developed world, and pay more for that shoddy Internet, leaving almost three-quarters of consumers to depend on price breaks from “bundling” services to afford sufficient Internet speeds for their needs.

One thing is certain: If you are in a position where you need to take on dozens of cable channels that you will never use in order to be able to afford the Internet you need to access your data and applications, something needs to be done to increase the amount or availability of separate options. With ISPs in control and no headway being made, it may be only a matter of time before they are forced to make the necessary alterations to their delivery strategies; or, they’ll be replaced. This may happen anyway. Both democrat and republican legislators have been coming out in support of net neutrality laws. One major point of contention, however, is what regulatory body would handle oversight. Up until the repeal of the Net Neutrality laws, the Federal Communications Commission (FCC) was the body that had handled it. As a part of the repeal process they had transferred oversight to the Federal Trade Commission. GOP lawmakers want to keep that arrangement, while Dems want to reinstate the FCC’s oversight. Regardless of which organization has oversight, government oversight would likely mean that ISPs would again be forced to meet standards outlined by federal regulators, not their board of directors.

If you would like to learn more about net neutrality, how its repeal directly affects you, or what to expect from the ISPs in the future, visit our blog. Do you pay too much for your Internet access? Leave your thoughts in the comments section below. 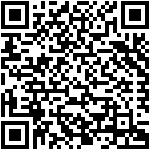