Microsoft generally takes security very seriously, and for the most part, if you keep your Windows and Server operating systems updated, you can generally depend on some base-level security and stability. Unfortunately, it was recently discovered that, for almost two years, a very critical defense mechanism within Windows wasn’t being properly secured.

Basically, a driver is a piece of software on your computer that controls hardware. While your computer is first being built and set up, it requires proper drivers for each individual piece of equipment on it. Like all software, a driver can have a vulnerability in it that allows bad actors to exploit it. This tends to give them some level of access to your PC, which allows them to cause trouble.

Unfortunately, Microsoft’s Windows Update tool hasn’t been managing this block list, despite the fact that Microsoft has been adamant about it over the last few years. While you might be getting security updates and patches, this one particular line of defense hasn’t been getting fortified, and it’s been causing issues over the last few months for a lot of people.

This allows bad actors to push any known vulnerable driver to the PC and then utilize those vulnerabilities to get whatever access they want.

This isn’t something new either. This type of exploit has been around for over a decade, but there has been a huge increase over the last few years, and broad scale attacks often target this type of vulnerability.

Microsoft is scrambling to work on a fix and claims that something is coming in an upcoming Windows Update to address this.

For many businesses, the best way to ensure that their PCs are safe involves preventing users from being able to install and configure things on their work devices. While it won’t protect your organization from every vulnerability under the sun, it does offer a very solid baseline of protection. If a user can’t install software on a device, there are fewer opportunities for vulnerabilities.

We can help lock down your network to make it much easier to keep it secure, and our ongoing management and maintenance will keep every device on your network updated and as secure as possible.

Tags:
Security Malware Windows
Why BEC is Such a Negative Circumstance for Any Or...
Explaining the Lack of Reliability of the Printer

More posts from author
Wednesday, December 07 2022 Tip of the Week: Download Your Outlook Email as a PDF
Monday, December 05 2022 Use These Tools to Help Ward Off Phishing Attacks
Friday, December 02 2022 The Database Management System is an Extremely Important Tool 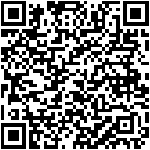