More often than not, the malware you encounter will target a desktop computer. Despite this, there are indeed some threats that target mobile devices, including one which Google had to remove from the Play Store for infecting smartphones with malware and adware. We recommend that you take immediate action to uninstall these apps if you were one of the unfortunate folks who accidentally installed them.

First, we want to make it clear that these threats are no longer on the Play Store. While they might no longer be available for download, this doesn’t mean that you didn’t accidentally download them at some point. Security researchers at MalwareBytes published details of the threats, including the apps infected, and Google took prompt action to remove them from the Play Store. It even took steps to ban the developer as well.

Users must take the initiative to uninstall these apps in order to remove them from their devices.

The four apps that Google had to remove from the Play Store include the following apps developed by Mobile Apps Group:

Some of these apps have been downloaded more than a million times from the Play Store, and they have been available for the past two years. It’s pretty incredible that they had gone so long without being detected.

The apps also feature a delayed response time; they don’t immediately launch attacks against the user, and they instead wait a couple of hours between displaying the ads. The apps are capable of opening Google Chrome tabs and displaying advertisement links through the web browser with the intention of generating profits for the developers.

This particular threat is deceptively dodgy, which is what it owes its long life span to. Security researchers have discovered that during its time on the app store, this threat would run for “clean” periods where the apps were not infected by malware in attempts to keep themselves safe. It’s just one way that the apps remained undetected for some time, and due to this, researchers classify it as trojan malware.

If you suspect you have downloaded these apps, then you will want to take immediate action to uninstall them from your device. Simply long-hold the app on your device’s app screen and select Uninstall. To prevent these kinds of issues from surfacing in the future, we recommend only downloading apps from trusted and well-known developers. 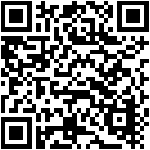