What Exactly is a Zero-Day Exploit? There are countless known threats out there that create security headaches for network administrators, but it’s not the known flaws that are the most dangerous; it’s the unknown ones that have even more potential to derail operations, expose sensitive data in security breaches, and end businesses entirely. These zero-day flaws or exploits are extremely important to keep informed about.

What is a Zero-Day Exploit?

Zero-day exploits or flaws are vulnerabilities within a system or solution that are only discovered when a piece of malware or other threat actively exploits it, thereby exposing it to the world. In the worst-case scenario, the threats actively exploiting the zero-day flaw are stealthy enough to remain hidden, leaving the flaw undetected for an extended period of time.

Why Are They So Dangerous?

As you can imagine, there is much emphasis placed on how dangerous some of these zero-day exploits can be. The problem stems from the unknown factor. Researchers and individuals simply don’t realize that the flaw exists, including the scope of it. Who knows how many people could be vulnerable as a result of the exploit at any given time, and how long have hackers or malicious entities been exploiting it? It’s hard to say, and this is why it’s important to address these exploits as soon as you can.

Of course, when threats like these are discovered, developers and security professionals scramble to release a fix, but developing fixes can take time—time that is of the essence when a flaw is actively being exploited. So, what is to be done about these types of exploits?

What Can You Do About Them?

The major problem to address concerning zero-day exploits is the fact that they are unknown to you and to security researchers. Because they are unknown, it is difficult to take definitive action against them. So, what do you do to protect yourself from a seemingly impossible-to-predict threat that could take any form at any time?

It’s easy: you implement comprehensive, all-encompassing security measures that keep your company as safe as possible in general, accompanied by security training and proactive monitoring. The purpose of all this is purely preventative. You don’t want to be in a position where you are scrambling to react to a problem that has surfaced suddenly. Instead, you want to take steps to actively prevent threats from creating problems for you in the first place.

Microtechs can help you prepare for threats both unexpected and foreseen. To learn more, reach out to us at (415) 246-0101.

Tags:
Security Hackers Vulnerability
The Vatican Proves that No One is Immune to Cybera...
Get Control Over Your Battery with Google Chrome’s... 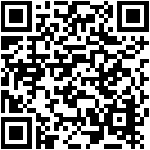